Particles!
Before the Friday playtest, I wanted to get the first pass scoring and respawn particles in. They looked similar but were enough to get the point across. I also wanted to use that time to find where in the code the function would need to be called. Now that I’ve found it, going forward will be easy when the effect are replaced. Below are the two effects. They are similar “spell cast” type effects where a summoning emblem appears on the ground and a swirling cloud pattern circles the player.

After the playtest, it was collectively decided that these particles were hardly visible during gameplay. In fact, a lot of the effects need to be revisited because in it’s current state, the summoning circle is lost to all of the effects. Something that was discussed was something like a giant beam of light to show when a point is score, or a player respawns. Respawning is especially important because there are moments when a player is revived after falling that they don’t realize they were saved. I myself have experienced this. 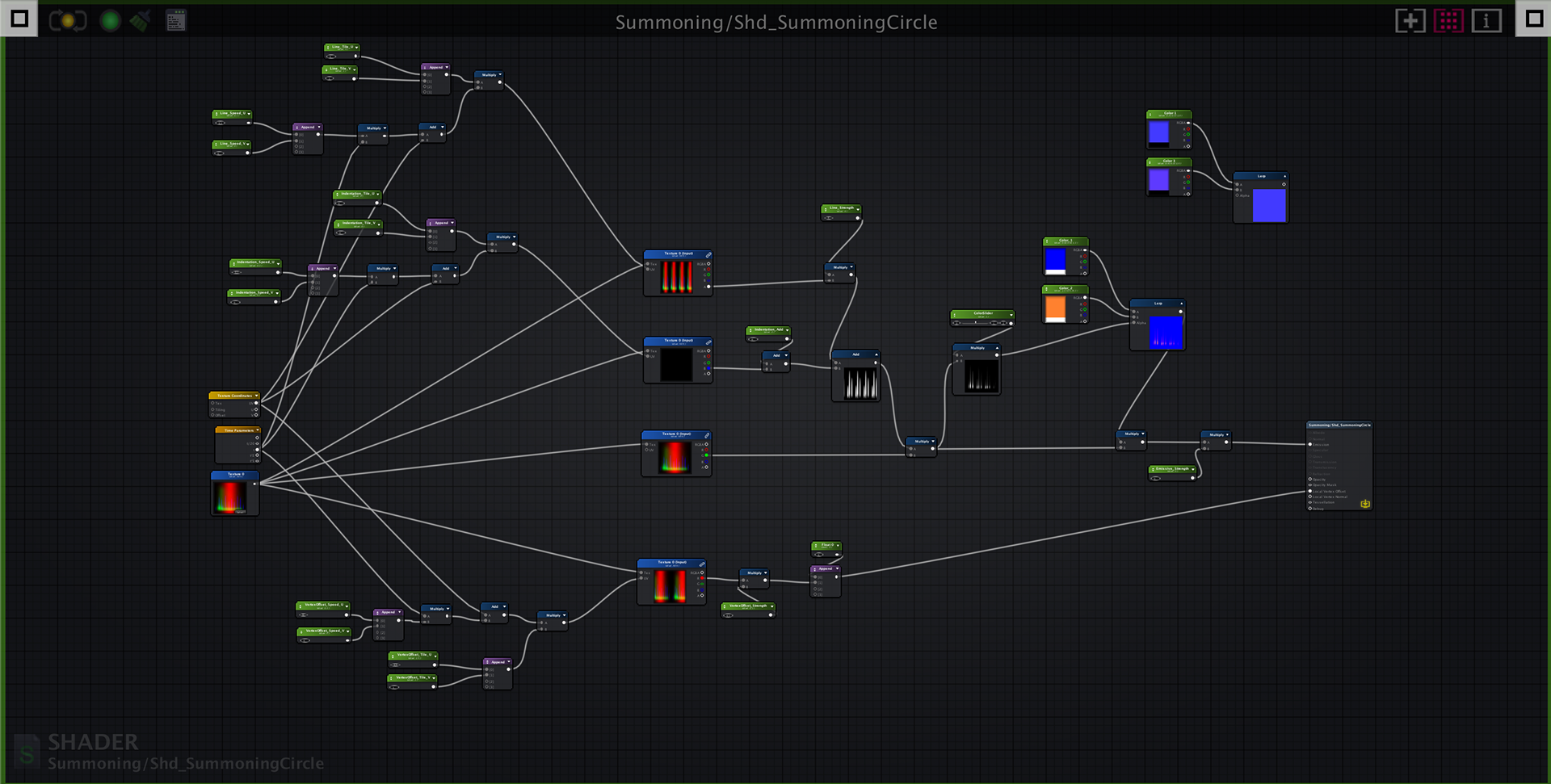 Shaders!
Shaders for this week were an aurora shader for the summoning circle and a holographic shader. I began using Amplify Shader, a node based shader program, to make the aurora. It turned out pretty well, but still needs some work before it’s perfect. Making it a shader allows us to look into lerping the color of the circle between teams. Here is it’s current state, and here is the shader node web:
In addition to the summoning circle, I helped Kevin with his holographic shader for the offerings. Here is the shader tip I sent to him: