Title Screen Lighting and Merging
Tyler was finally ready for me to merge in my new title screen to the project. It was an exciting moment because I've been working on the title screen for almost a month now. Sadly the task wasn't the easiest thing to accomplish. The title/mode select/character select was designed as a single scene in unity. It was easy at first because the title and mode select were just canvas overlays. Now with the new 3D title screen, and with the current time constraints, I needed to add the title screen prefab into the scene. It's easy to turn on and off the character screen and title screen prefabs, but would be a challenge to have the scene's Lighting change depending on which screen was on. After some research I found the following class:

RenderSettings
This class called the render settings of the scene and let me change values at runtime in code. Below was the screenshot of code used for the project. A simple if statement helped determine which screen lighting should be activated, and the RenderSettings class did the rest. 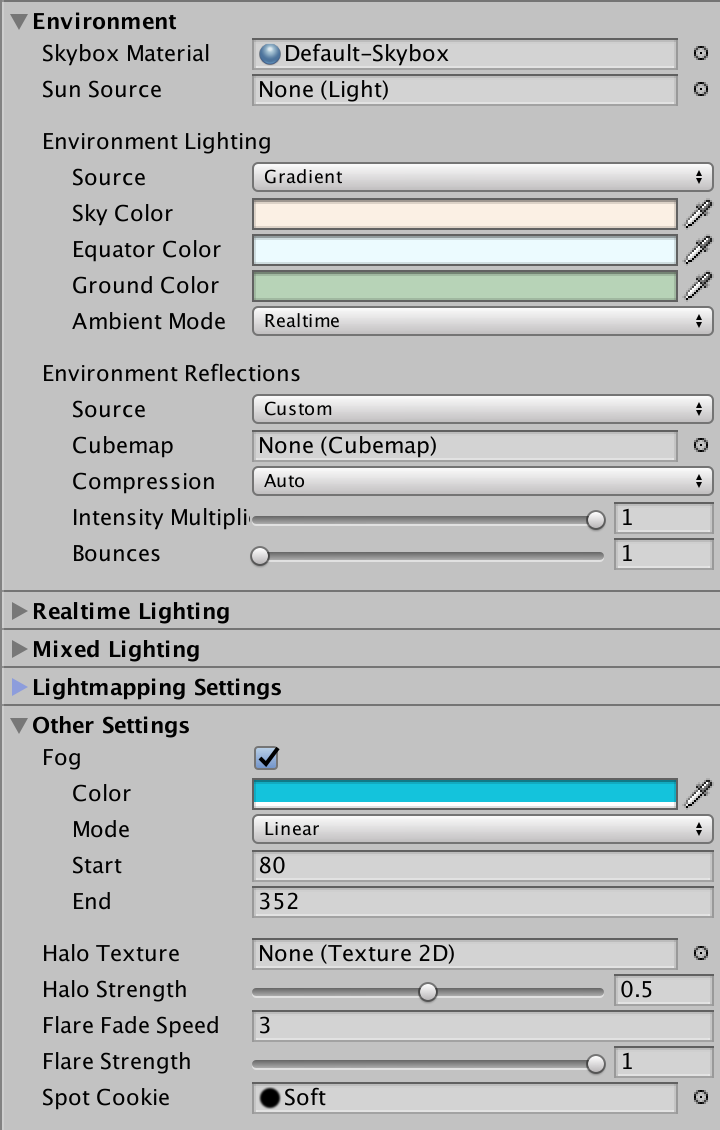 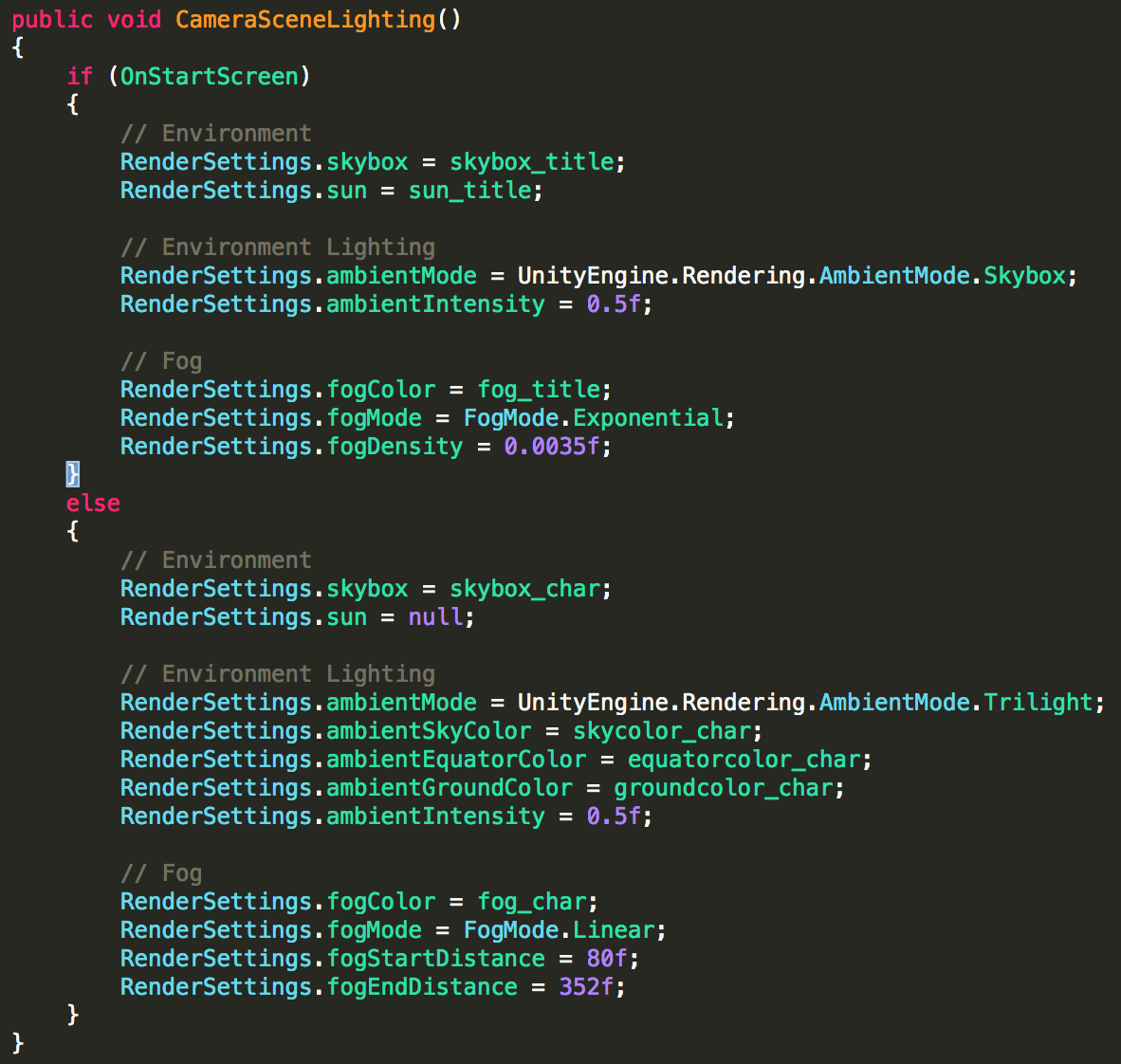 Once the lighting was all setup, I merged the changes back to the develop branch for Tyler to check out and test. It worked like a charm and just like that my title screen was officially in the game for the showcase!
Hours (6 hrs)
Title Screen Lighting and Merge (5 hrs)
Meeting (1 hr)